Checks and a Flood: Issues With a New Installation Cylinder 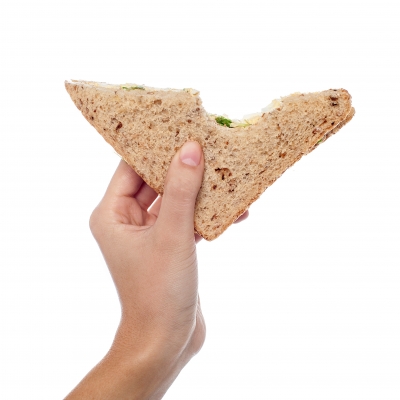 You know that sinking feeling when you take the first bite of a much needed lunch, the phone rings and you answer to hear the words "We have a problem; it’s a new installation and the tube seals have blown!" With thoughts of catching a snack later in the day, you attend the scene of the crime...

A fifty mile dash, seal kit in hand and with a million possibilities running wild in the brain; you find seven people looking forlornly at a pool of oil on the floor. The long standing ‘Distributor Engineer’; the ‘Designer’ from the machine and die maker; a ‘Representative’ from the hydraulic system constructor and the ‘Manager’ of the blue chip customer are supplemented by three operators, who clearly are not amused, as they contemplate their production bonus payments trickling away by the minute (see also: Top 5 Reasons Your Cylinder Supplier Can Make You or Break You).

True enough, the tube seal at the cap end of a 7” MH cylinder could clearly be seen peeping out, together with a trace of fluid which had been left to dribble from the offending point; as clear evidence of the failure.

A cursory examination of the circuit diagram suggests that all appears to be in order. An assurance that the system relief valve had been set correctly during initial commissioning was followed by most delegates making a quick exit; having decided that their lunch was now a most important issue. There are no apparent unusual alterations to the cylinder and the machine looks to be well made; so a chat to the operators was ventured – just in case they know of maybe an accident or some illicit fiddling, maybe involving the tie rods being loosened and not correctly re-torqued. As expected, the shutters come down for fear of blame and consequences.

The breakthrough comes within twenty minutes of first arrival on site; when an open-ended question is posed to the now really frustrated operators. ‘Tell me what you have done since starting your shift today’?

"We started at six this morning, installed the die which you can see connected to the end of the piston rod, turned on the gas ring – which is now over there on the bench – to pre-heat the die - and went for our shift break at ten o’clock. Forty five minutes later, when we returned to start production of the die castings, we saw oil on the floor."

The alarm bell rings quite loudly. Having previously briefly glimpsed the circuit, a second look confirms what the problem is. The system pressure was correctly and clearly vented by a relief valve adjacent to the pump – but in-between the control valve and cylinder in question; sits a double pilot operated check valve!

So what went wrong?

Nobody, in isolation, had really done anything wrong – but by the plant owner not explaining how the shops functioned, nor their customs and practices; and maybe the machine builder not asking the right questions; each in turn had overlooked the fact that the cylinder was above the die and that fluid trapped in a fixed volume, then heated quite fiercely over a reasonable period of time, expands and builds extreme pressures with no means of relief!

Many dies having been cast; the compromise was to fit Viton seals to the cylinder and judicially pre-set, single seat, pressure relief valves, to both the pipes leading to the cylinder ports. Not the best outcome but at least a working arrangement.

And the moral of the story is...

The moral? Ask lots of questions from the start! Check out The Ultimate Cylinder Design Checklist to begin asking the right questions.

Have you had any similar experiences? What other issues have you seen arise with new installations?