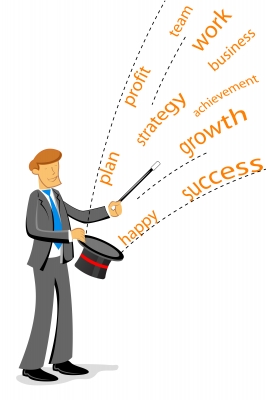 In our experience, the call for more than one mounting feature on a cylinder is by no means a rare event.

We won’t say that all mounts can be combined; as clearly there are some features which would just interfere with each other. For instance, a Front Head (FHF) and a Side Lug (SL) cannot coexist on the same end of a cylinder. What is possible, however, is to have an FHF (Head) mount combined with a Side Lug at the Cap; if that serves a useful design purpose for you.

Where might be the ‘magic’ in specifying such a simple combination mount? Well magic might be a little bit of an exaggerated statement. However, maybe that nagging design problem which has been hanging around for far too long; might be solved by calling on a Sheffer Engineer to work their magic and include all sorts of additional mounting features for you to make use of. Initially, all you need to do is specify what needs to be catered for and where, desirably, it should be located.

What is clear, is that the combinations of options are too numerous to contemplate creating an illustrated catalogue and it would be a little dangerous to leave the situation open-ended by saying ‘order what you like’. Each case has to be considered on its own merits. All that your cylinder supplier should need is a copy of your ‘wish-list’ and they can then come up with a plan to meet as many features as possible.

The ‘misery’ bit is best avoided altogether and that will be achieved by simply avoiding the temptation to transmit load through the body of the cylinder. The multi-mount options are best described as ‘accessory’ carriers. These might include any boxes, enclosures, wire or conduit clips, transducers etc. In short, anything which is not too heavy and which is not going to try and pull or push any part of the cylinder in a direction it should not be going in.

A cylinder is a ‘pressure vessel’, and as such it is designed to retain the internal forces specified for that particular range and also guide the piston rod as it travels on its designated course. Using the Head and Cap to hook two parts of any other mechanism together is not part of the long and safe life plans for a standard NFPA cylinder.

It may be possible to use an especially designed and adapted cylinder to carry additional mechanical forces through its body – but that is a topic which needs quantifying, and then thrashing out at a round-table discussion; to ensure that adequate strength is made available; over and above that required to handle the forces generated by the air or oil which is inside the vessel.

Always remember two things. Firstly, this is meant solely as ‘food for thought’ – not a suggested design exercise to suit every eventuality; and secondly, please refrain from ever attempting a DIY solution by drilling holes in what might seem to be a bit of unused space, or maybe welding brackets onto a cylinder!

If you need a particular feature – then talk to a Sheffer Engineer today– you will never know until you ask.